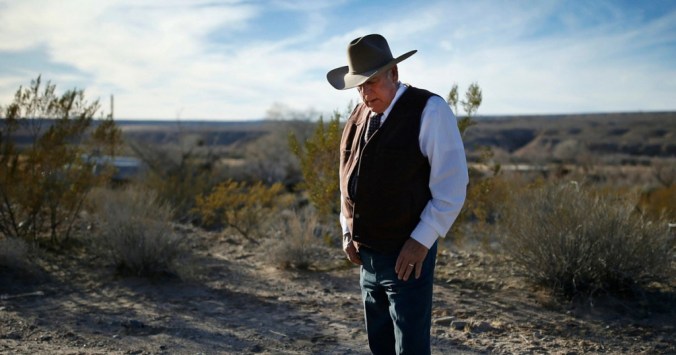 In this Jan. 27, 2016, file photo, rancher Cliven Bundy stands along the road near his ranch in Bunkerville, Nev.

The Republican platform committee met this week to draft the document that defines the party’s official principles and policies. Along with provisions on pornography and LGBT “conversion therapy” is an amendment calling for the indiscriminate and immediate disposal of national public lands.

The inclusion of this provision in the Republican Party’s platform reflects the growing influence of and ideological alliance between several anti-park members of the GOP and anti-government extremists, led by Cliven Bundy, who dispute the federal government’s authority over national public lands.

“Congress shall immediately pass universal legislation providing a timely and orderly mechanism requiring the federal government to convey certain federally controlled public lands to the states,” reads the adopted language. “We call upon all national and state leaders and representatives to exert their utmost power and influence to urge the transfer of those lands identified.”

The provision calls for an immediate full-scale disposal of “certain” public lands, without defining which lands it would apply to, leaving national parks, wilderness areas, wildlife refuges, and national forests apparently up for grabs and vulnerable to development, privatization, or transfer to state ownership.