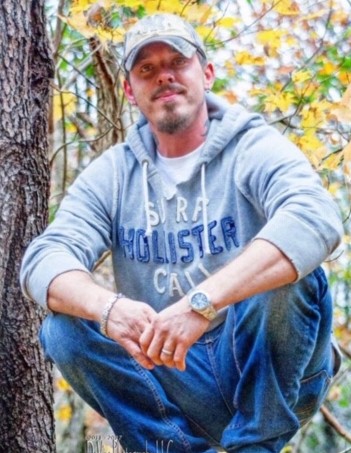 Released earlier today was the statement and body cam footage (that had NOT previously been seen).  And with that they concluded  the Officers involved in the arrest and death of Jeremy Marr are not responsible.

Yes, he was intoxicated, he may have legitimately been paranoid considering how things turned out.  The Officers in my opinion misused their authority after tazing him over 10-11 times plus physical force…and then claim it was a medical incident!  Well, yeah, that much is correct, it was a medical incident alright, before and during the encounter.  Afterwards it was a death investigation that never should have had to happen.

I must say that I am heartbroken over this case as it is in my County.  I fear this will be a huge scar on our County for a long time.  I’ve never known of a police involved death in this manner here before since I’ve been here – about 11 years.

My heart goes out to the family involved and I pray they can get some kind of justice out of this God forsaken mess.

GLASGOW, Ky. (WBKO) – One year after the incident, Kentucky State Police have released the body camera footage from the arrest of Jeremy Marr, 35, who died while in police custody on April 14, 2020.

According to KSP records, Marr’s cause of death was listed as Agitated / Excited delirium complicating acute methamphetamine intoxication during the arrest by Dr. Darius Arabadjief. The examiner found ‘no lethal trauma.’ The toxicology report showed Marr had methamphetamine and amphetamine in his system.

Commonwealth Attorney Jesse Stockton sent a letter to Kentucky State Police which stated he did not see any credible evidence that the officers involved in the arrest of Marr were not responsible for his death.

Meanwhile, Marr’s widow, Joanna Marr, filed a lawsuit on behalf of Marr’s estate against the city of Glasgow, the Glasgow Police Department and three police officers. The lawsuit alleges that Marr was forcibly subdued by Glasgow Police Officers Guy Turcotte, Hayden Phillips and Sergeant Cameron Murrell, adding that the physical force used during the arrest resulted in Marr’s death.

Below:  FOOTAGE TAPED BY CELLPHONE BY PASSERBY

Below are links to information on the case since it began.

Lawsuit filed over death of Kentucky man in police custody

This man died at the hands of Glasgow Police in April…. As of yet no indication of why…. However in the video which was filmed by people passing the scene – the immediate cause is apparent – police abuse. #ALLLIVESMATTER #ENDTHEMADNESS #ENDPOLICEABUSE !!

I must add the following statement – It has been my experience with the Barren County Sheriff’s that they have been very good to me. They helped when I needed it and was respectful in all matters.

THERE IS NO MAN BETTER THAN A GOOD OFFICER! BUT THERE IS NO ONE WORSE THAN A BAD OFFICER!

And as far as looting and causing disruptions – you are going after and hurting the very people that you are supposed to be helping….Your neighbors and neighborhood businesses! They did not cause the problem we see today with police abuse! They are in the middle of it all just like you! Go after and protest to the people who are in charge of the abuse! The people in charge of our Government must understand that we cannot be treated like “sub-humans”……

I don’t care what color you are!

I will continue to follow this story and bring updates….