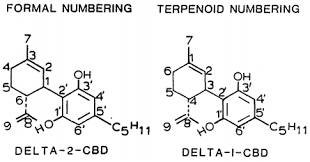 FRANKFORT — In a vote that state Sen. Julie Denton said was unimaginable a decade ago, the Kentucky Senate unanimously approved a bill Wednesday to let certain pediatric seizure patients use an oil derived from hemp and marijuana.

“This was one of those tingly moments you get when you pass a bill that you really know is good for the commonwealth. It is really going to help people’s lives,” said Denton, R-Louisville.

The 38-0 vote on Denton’s Senate Bill 124 is believed to be the first time a Kentucky legislative chamber approved a measure allowing the use of any derivative of hemp and marijuana for medicinal purposes.

The Senate vote occurred as Laureen Vassil of Lexington anxiously looked on in the gallery. Her 15-year-old daughter, Allison, has seizures that are not controlled by medication. She is only able to do first grade work in school.

“I think this bill will help,” Vassil said, adding that her family has considered taking Allison to Colorado, where marijuana usage is legal. “But we don’t have the means to do that.”

The bill would allow the use of cannabidiol, a derivative of hemp, when recommended by a physician practicing at the University of Louisville or University of Kentucky state research hospital.

It also would exempt the oil from the legal definition of marijuana when used in studies approved by the Federal Drug Administration and compassionate-use programs. Such programs use new, unapproved drugs when no other treatments are available.

Debbie McGrath, executive director of the Epilepsy Foundation of Kentuckiana, said she was “thrilled” by the Senate vote.

McGrath said thousands of Kentucky families could benefit from the legislation, which now goes to the House.

Senate President Robert Stivers, R-Manchester, said the bill does not open the door to unlimited use of marijuana plants for medical purposes, as some lawmakers advocate.

Senate Judiciary Chairman Whitney Westerfield, R-Hopkinsville, said he cannot stand “the scourge” of illegal drugs in the state and stressed that SB 124 does not legalize illegal drugs.

He called it a “careful, measured approach” to using hemp and marijuana plants. The Kentucky State Police also supports the bill.

Westerfield said his vote was motivated by a young girl in his district named Clara.

“If I don’t take this opportunity to help her, she won’t grow up,” he said in casting his “yes” vote.

Denton said she thinks the bill has a good chance of winning approval in the House.

“This was drafted with House members as well,” she said. “Depending on the committee that it goes to, I think it will have unanimous support or very close to that.”