(Reuters) – Police arrested hundreds of young people protesting the Keystone XL project on Sunday, as demonstrators fastened themselves with plastic ties to the White House fences and called for U.S. President Barack Obama to reject the controversial oil pipeline.

Participants, who mostly appeared to be college-aged, held signs reading: “There is no planet B” and “Columbia says no to fossil fuels,” referring to the university in New York City. 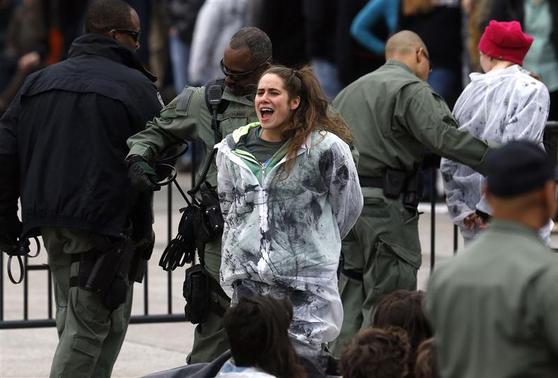